I didn’t post any of my 10 ideas a day during the month of February as I tried to branch out into my other favourite topic : Personal finance. Last week, I decided to look at some of the ideas that I had jotted down for last month and added a few towards the end to complete this post and get these ideas off my chest and into the WWW. As always I hope they spark something in your mind, even if its a strongly worded email on how this post you angry (I’d love to hear from you).

1. A calendar app (or as an add-on to existing calendar apps) that aims reminds you off upcoming bill payments and the relevant amounts as well as making it easier to pay for them through said app i.e. M-Pesa link to pay for Zuku Internet and Cable TV on the day before the bill is due.

2. An online course to teach high school and university students all about networking. The course would be tailored to situations such as job fairs as well as other events that often have these groups meetings like-minded students in different settings. Networking is a skill that is often brought up quite late in university counselling and even then not a lot of attention to paid to it as other topics like job interviewing. It’s important to teach students that networking with your colleagues in similar circumstances is as important as knowing how to interview for a job.

3. An online service that allows people to do mock job interviews over Skype or WhatsApp and using tools such as the Orai app, allow people to see where they go wrong in their job interview as well as review answers with instructors. Users pay a fee for various packages that include the mock interview, tips on improving (FREE), video analysis of the interview, and a second interview. Other things that may be included are personality tests, referral to jobs that might be suitable and CV editing.

4. Carry bags made from organic material. These can be sold in boutique stores where their missions are in line with protecting the environment or hotel stores by the beach. The bags will also be sold online on other popular websites in the region such as Jumia or KilliMall as a suggested buy for people who buy only one type of goods in their baskets/carts.

5. A boot camp style seminar that runs for the course of a month (or slightly longer) and the aim is to ensure people write an entire book/novel by the end of the month. Similar to National Novel Writing Month (that happens in November) but not necessarily in November. Writers are given structured lessons and tips about writing their book and it’s published once the book is ready for them to keep a copy of their first book. “Who doesn’t want to be an author? And now you can become one too.” – This is definitely going to be in the marketing of this service.

6. A website that collects footwear that are then donated to the homeless around the country. The users of this website would be able to arrange for deliveries to their homes unlike the traditional path of going and donating it themselves to an organization. The shoes that need to be repaired will be repaired by disadvantaged citizens that have learnt how to do it – providing jobs and being able to donate the footwear who need it the most.

7. An app to teach Kenyans how to learn conversational Chinese. Soon, Kenya will have a large number of migrants from China so people who are able to speak Chinese will have a distinct advantage in being able to provide products and services for this new customer segment. 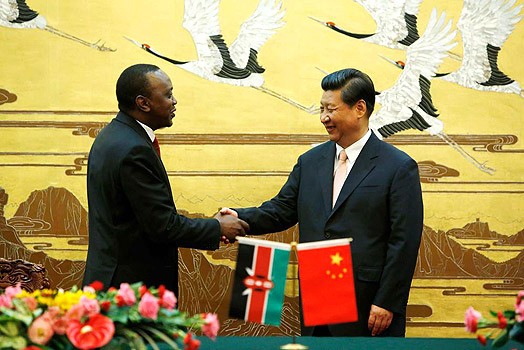 8. Create a mobile app that tracks and categorizes M-Pesa transactions done by a user or a business account into different categories organized as a budget for actual spending and it also adds up the transaction fees. This information can allow Safaricom to work with advertising companies to send out targeted ads to people.

9. A company that makes dolls for people who have recently lost their pets. It’s a way to preserve the memory of their beloved pet and share it with their family as a way to remember them.

10. A service whereby people can send their documents to a registered post office address and that letter will be forwarded to their house. People save money because so many people are using a single P.O Box and they don’t have to go and collect their letters physically. This also ensures that they get their mail as soon as it comes in.

View all posts by farzeenw

This website is a collection of various business ideas and personal finance tips. The website is written by a Kenyan so a lot of the concepts may not be universally understood. By no means are the ideas ORIGINAL or even decent, but they popped into my head so I jotted them down. Totally unfiltered and often written in a list format.

Recent Posts: Penny for your Thoughts

Pensions – The Investment You Can Bring Home to Meet Your Parents

Have You Had Your Annual Wealth Check-up Yet?